Used to purify organic compounds, the Flash column is a fast and inexpensive technology. It was originally discovered by W.C. Stills of Columbia University in 1978 and was published in the Journal of Organic Chemistry in 1978.

HAWACH products have been widely used in biopharmaceuticals, life sciences, education, government agencies, and health industries, etc. Since its inception, HAWACH has served more than numerous customers and provides OEM and customized services to dozens of well-known brands around the world. Its product lines cover sample preparation, filtration and sample collection and so on. Today’s focus will be on the flash column.

Flash column utilizes a plastic column filled with some form of solid fill material, typically silica gel, and the separated sample is placed on top of the solid fill material. The column is a gradient solvent, which allows the sample to fill the column and be separated by means of pressure. Flash column initially uses air pressure, but today pumps are used to accelerate separation. This technique is known as low-pressure chromatography and can separate samples from milligrams to tens or hundreds of grams.

This technique is particularly advantageous because it allows for faster flow rates of the solvent, as opposed to simple gravity flow. Special considerations for flash chromatography include the usage of finer particle size for the stationary phase (such as silica gel).

There are three series of the flash column at HAWACH, namely
StarFlash series: Only silica gel columns included which are divided into standard and advanced grades. The advanced silica gels are of higher purity and better quality.

PureFlash series: Corresponding to silica gel construction and phase column, C18 (spherical inlet and irregular domestic), C4, C8, NH2, CN, HILIC, alumina and so on. All are imported fillers for the high-end market. 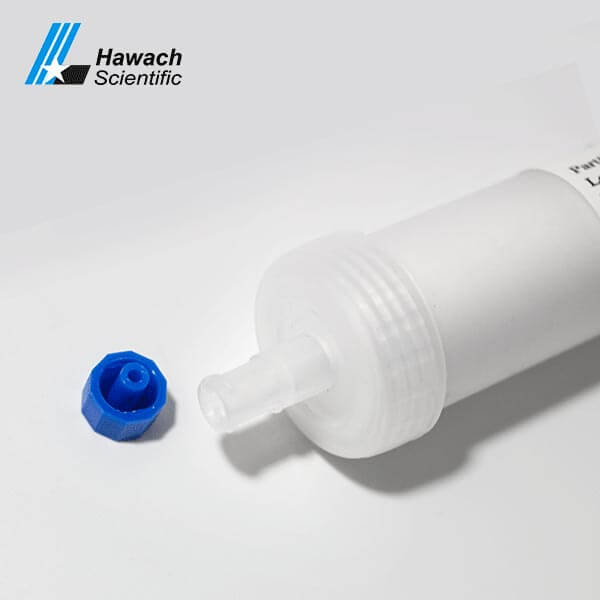 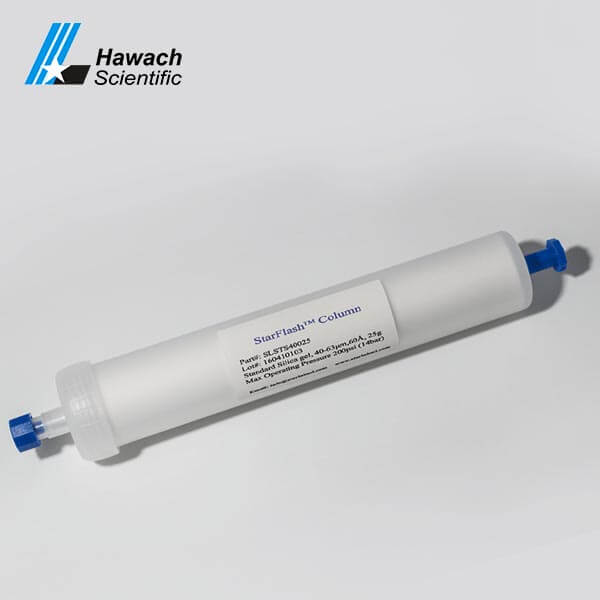 Flexible module configuration makes it easy to realize system upgrading.
Rapid column and glass column are available.
Detect in all ultraviolet rays and visible light.
Column chromatography in chemistry is a convenient way to purify mixtures of compounds. The main advantage of the flash column is the lower cost and disposability of the stationary phase during the process.

Application
There are many applications, such as various drug development, sample processing, purification of natural products, and many other aspects.