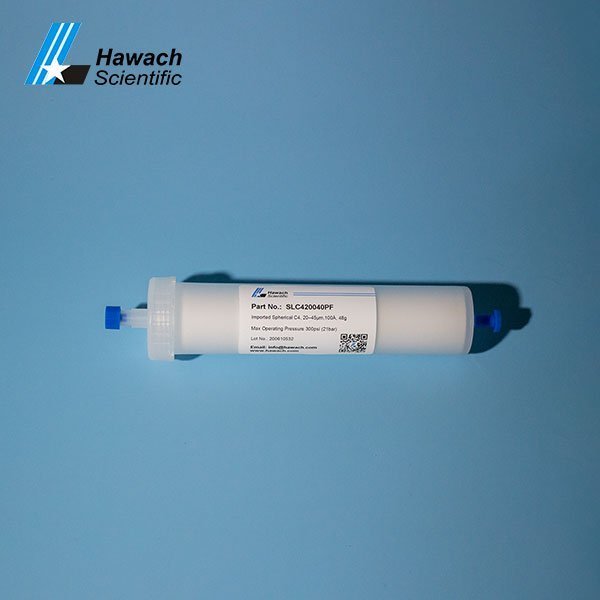 Irregular C18 flash columns fall into two series: one is Depuflash series irregular C18 columns, another series is irregular C18 columns. There are differences between the former and the latter in the following areas: column specification surface area of the former and the latter are 500m²/g、320m2/g; average pore size is 60Å、100Å; average particle size is 40-63μm、20-45μm; carbon content is 17%, and max. the pressure is 250/17 and 300/21.

Irregular C18 flash columns are made of high-quality materials, which ensures it is compatible used with most of the flash chromatography systems, such as Yamazen, Biotage, and ISCO, ETC.